COVID-19 has completely changed the working environment paradigm. Ever since the Coronavirus outbreak, corporations have been faster than ever in implementing remote working and most companies are planning on changing the environment permanently to incorporate some days of “working from home (WFH).” For example, Facebook estimated that 50-100% of its employees will be working from home within the next five years. So yes, the paradigm shift in corporations is very evident- but how will technology support this new working environment? Here is a list of current technologies that support WFH, as well as, upcoming technologies that are soon expected to play a critical role in enhancing and improving the work from home environment.

_Zoom Boom: How did it become the dominant player in the videoconferencing market, not Google Hangouts or Microsoft’s Skype? _

You may have also wondered about this as well. Google Hangouts and Skype have been the dominant players in the videoconferencing market and suddenly, out of nowhere, boom! Zoom. So why did this occur? There are several reasons behind Zoom’s success: the main reason is the motley of services that Zoom provides that are most suitable for business meetings and big conference calls. It allows up to 1000 people to join at once on a single zoom call, whereas, Google Hangouts only allows up to 25 people to join in at once. This is a significant difference, especially for conferences or class sizes that require more people to join at the same time. In response to COVID-19, Google and Microsoft have both stepped up and increased the maximum participant limitation, but they were too late by the time they made an update. Not only this, but Zoom allows better quality, multi-screen sharing at once in a video call, whereas, Google Hangouts and Skype has a poorer screen quality and only allows for one person to share screens at any given time. Last but not least, Zoom also provides unique features, like allowing users to use custom virtual backgrounds, as if you are joining a Zoom meeting in front of an Egyptian pyramid or a vacation in Paris. As much as this it adds a bit of fun to the call experience, but it also plays an important role in covering up the private spaces of individuals, who prefer not to share the layout of their bedroom (or wherever they may be) during the conference call. This is important for people, who value their privacies and their private spaces, and thus makes Zoom an even greater alternative to the big players in the industry like Google Hangouts or Skype. These are just the main selling points that were brought up when WFH emerged at mass scale in March, but there are plenty of other perks exclusively offered on Zoom that encouraged different institutions to choose Zoom over other platforms (refer to the table below). 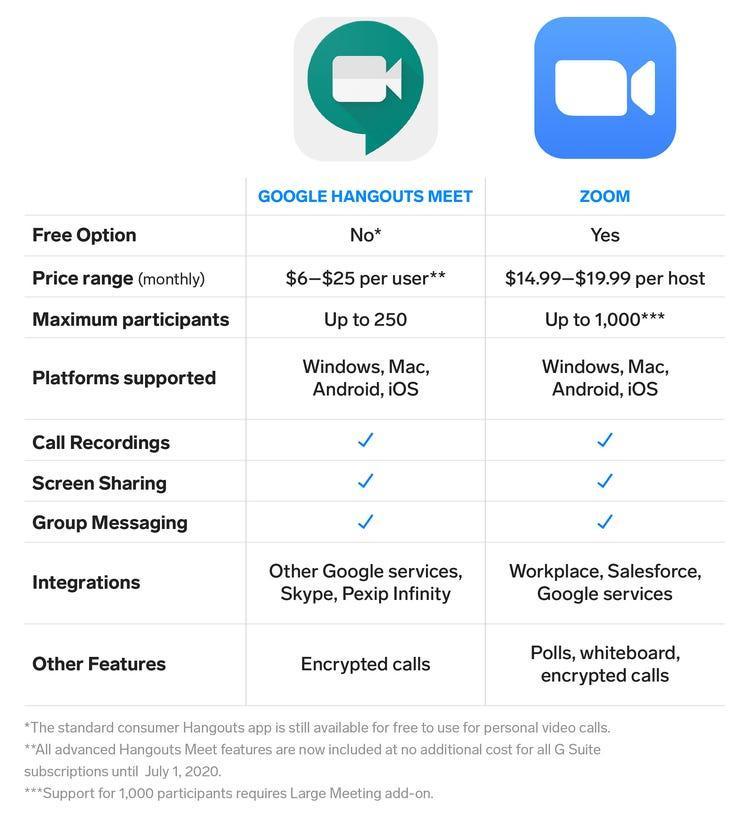 As we all know it, the number of Zoom users have grown exponentially within the past several months. While Zoom will continue to be used, the future of video calls lies in the hands of virtual reality/augmented reality, which would bring video conferencing to the next level by -like the term AR suggests- augmenting the realness in virtual conference space. There are multiple big firms, like Google and Cisco Webex, who are in the process of developing such platforms, but so far start-ups have made the most progress.

One start-up worth keeping an eye on is Spatial. Spatial is a VR/AR company that focuses on providing VR/AR collaborative tools to the users. For those of you unfamiliar with the term, virtual collaborative tools refer to tools that users use to collaborate remotely, whether it is through presentation slides, online meeting platforms, and more. It allows users to make their own 3D avatars on the platform to increase engagement between participants of the meeting and add visualization to the whole experience. Furthermore, by using VR headsets, users can walk around, shake hands, and -as Spatial puts it- “sit next to each other from across the world.” Seems too futuristic? Surprisingly, Spatial is already being used in many institutions and has raised more than $22 million dollars (USD) in funding, which clearly indicates the attractiveness of this industry. For those interested in this upcoming industry, check out other dominant start-ups in this field like, Meetinvr, ScopeAR, Mesmerise, and Mixtive. 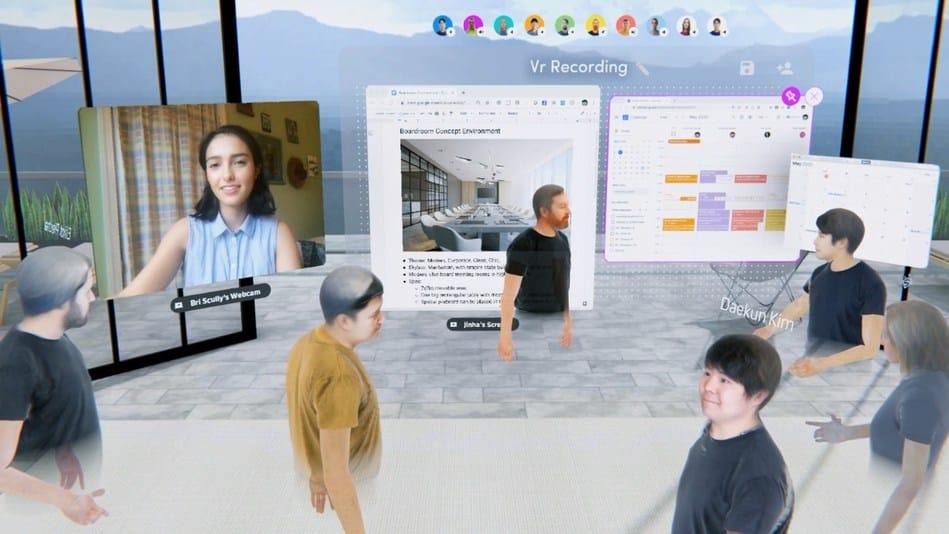 As much as the global trend is heading in the direction of increasing WFH initiative, technologies to buttress the working environment will be evermore crucial. This will likely impact you as well when you go into a workplace in the near future. Be prepared for a new type of working environment because we are going...virtual!